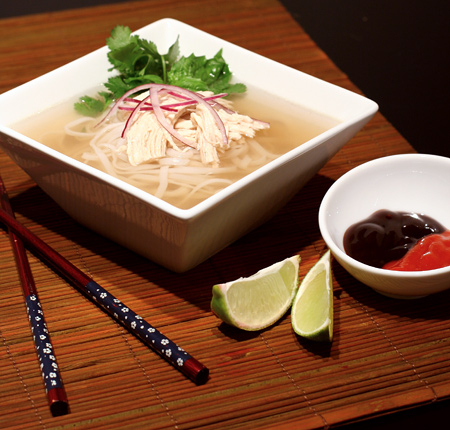 Taylor has an unhealthy obsession with Pho (or rather, it is actually fairly healthy by comparison to his other cravings). If given the option, he could eat Pho for breakfast, lunch, and dinner. And probably a few meals in between.

You may be asking, Pho? Huh? What exactly, is Pho? Pho (pronounced fuh, not po) is a Vietnamese noodle soup, usually beef-based. It’s a unique flavor, made by simmering beef bones for hours and hours with a curious blend of spices. The incredible effort needed to make good beef pho is probably the reason we have yet to attempt to make it at home. We may make homemade pasta and pita bread from scratch, but we have to draw the line somewhere.

Which is why Taylor was practically jumping up and down when we flipped through the Steamy Kitchen cookbook (which, by the way, be bought ME as a Christmas gift), and there was a recipe for quick chicken pho. Keyword: quick. The boy practically demanded we go out and buy a chicken immediately to get started (keep in mind this was 9:30am Christmas morning). Not to mention how he’s been bugging me to “post the pho” daily since we made it last week.

I think he liked it, don’t you?

While I’m not nearly as big of a pho-groupie as Taylor, I admit the flavors of the broth are very soothing. It’s like the Vietnamese version of chicken noodle soup. Just be wary of anything called a “beef ball”. That is some scary stuff.

This recipe held up even for the most adamant pho-natic (ie: Taylor). He said the broth had all the same delicious flavors as the beef-based counterpart. In a fraction of the time.

Would it surprise you if I said we’re going to be making this quite often? Taylor’s orders. Pho sure. 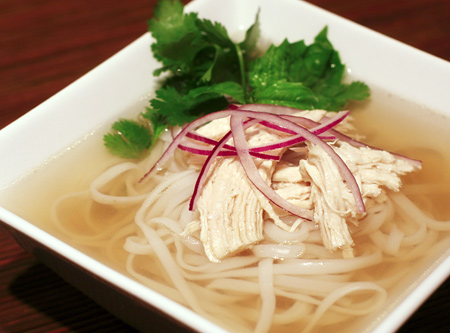 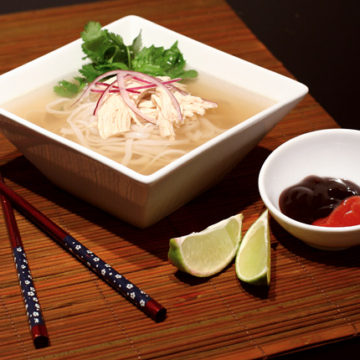 To make the broth, heat a frying pan over medium heat. Add the coriander seeds, cloves, and star anise and toast until fragrant, about 3-4 minutes. Immediately remove from pan to avoid burning.

In a large pot, add spices, chicken stock, chicken breast, onion, ginger, sugar, and fish sauce. Bring to a boil. Reduce heat to medium-low and let simmer for 20 minutes, skimming the surface frequently. Use tongs to remove the chicken breasts and shred the meat, discarding the bone (if you used a bone-in breast).

Prepare the noodles as per directions on the package.

Ladle the broth into bowls. Divide the shredding chicken breast and noodles evenly into each bowl. Top with bean sprouts, cilantro, red onion, and other accompaniments as desired and enjoy. 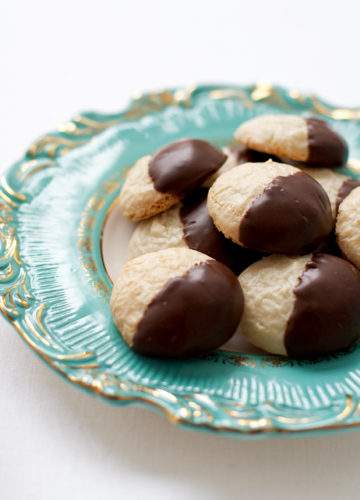 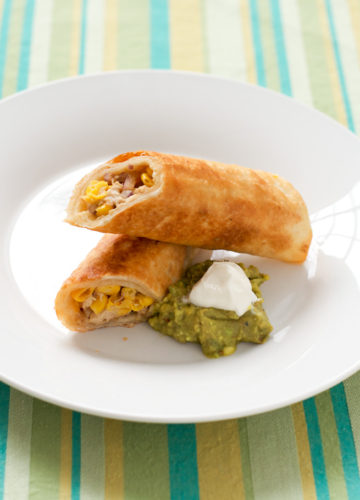 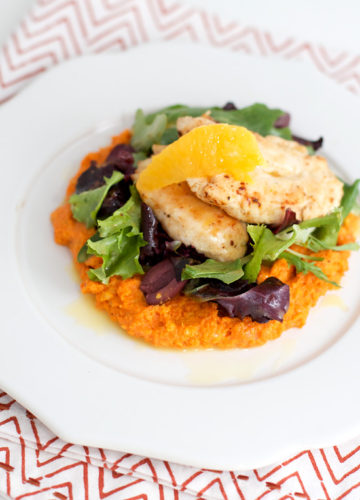